Al, first came to the band in the spring of 2008 when he graciously stepped up to fill in on bass guitar for a few shows. We tried to convince him to stick around full time but he's a numbers geek at the Huntington so unfortunately we just  get to borrow him once in a while. Al will make guest appearances as needed again throughout the 2009 season. We just wish we could jam with him more often.  Al promises us that he's not flipping off the camera in his header photo but says he's just playing an aggressive chord.  Al has been rockin since the 70s which means of course that he's older than us. But don't give him any crap or he will Kung Fu your butt. 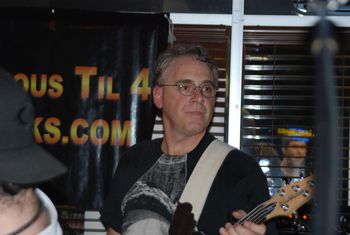 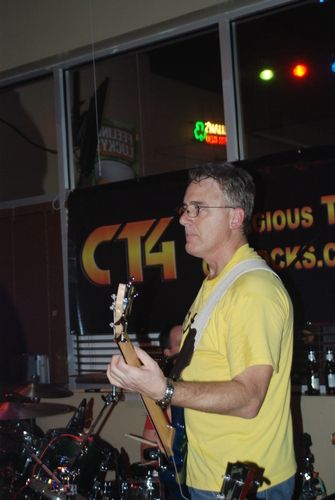 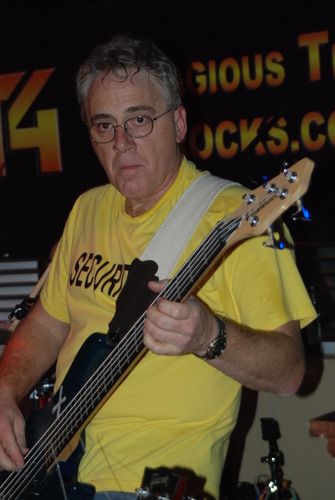 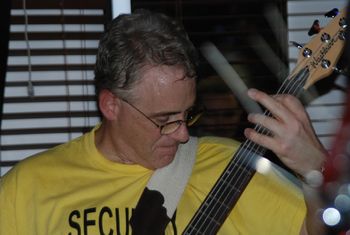 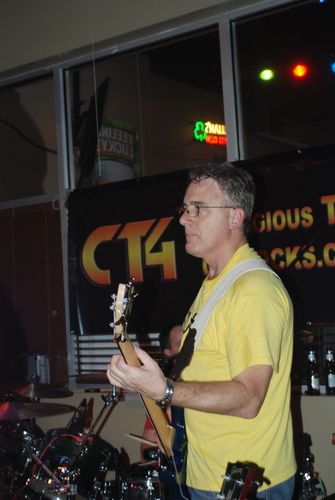 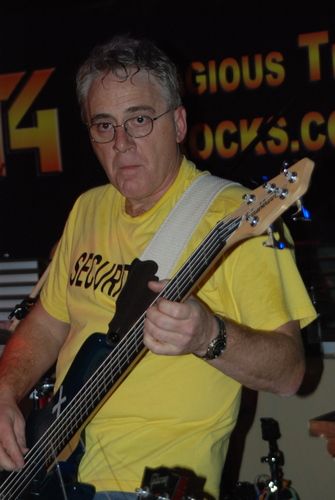 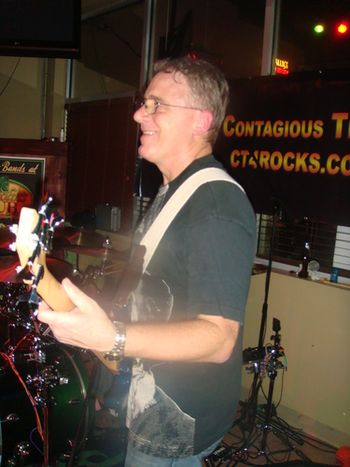